Hey everyone! Been a while, hasn’t it? I’ve been meaning to post this update for some time now, but legally couldn’t due to an embargo. I’m sure you’re wondering what I mean by that, so let’s get into the update.

As you might expect, we’ve been hard at work on Séance over here at Moon Moth Games Inc. That’s right – we’ve actually incorporated, which is definitely more than a little weird to think about. The reason for this is an exciting one: we’ve actually qualified for Ontario Creates’ Interactive Digital Media grant (for which incorporation is required)!

This isn’t something I expect very many people reading this to be familiar with, but to summarize, Ontario Creates is a local grant that I applied for all the way back in August that supports projects like ours. The application process took a little while, especially considering I’ve never applied for anything like this before, but I’m super glad that I went through with it. Séance: Spectral Noise was one of the lucky projects chosen to receive funding, which is going to be beyond helpful.

You see, I was otherwise paying for everything out-of-pocket, which was simply not sustainable. This may have been a fine approach for a free game like Exit/Corners, but I couldn’t afford to cut corners on a game I intend to charge money for. This extra funding will help make sure I don’t have to compromise on character sprites, backgrounds, or music.

Keep in mind that this grant isn’t funding development in its entirety. I’m still contributing my fair share of development funds (not to mention my time), so it’s still a pretty lean project at the end of the day. For this reason we are considering holding a crowdfund at some point to cover any final costs in order to get some “nice-to-haves”. The goal would be extremely modest and the crowdfunding campaign will be specifically to fund things like CGs, which are both fairly costly and harder to justify on an individual basis.

So, financials aside, how’s the project coming? Pretty well, I think! Here are some updates from various parts of development:

Writing: Chapter 2 of the game is not only written but is also playable front-to-back in-game, including all puzzles. It's lacking some polish, but that'll need to come gradually as new assets are added. I’m now busy with chapter 3 and hope to have a first draft completed by the midpoint of this year. All on schedule!

I obviously won’t be giving a blow-by-blow rundown of the second chapter, but here’s the tiniest of teasers: the “case” in this chapter has our protagonists investigating a decades-old mystery at the behest of a legendary Hollywood director.  Of course, the proceedings take a few unexpected turns... 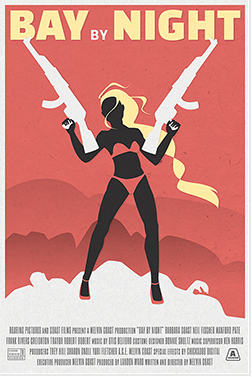 Coding: Since I last updated you, and thanks to the extra funds we’ve received, I’ve enlisted some extra help on the coding side of things. A fair amount of the internal logic is being written from scratch to suit the needs of the project. Things that we’ve added in the last few months include: 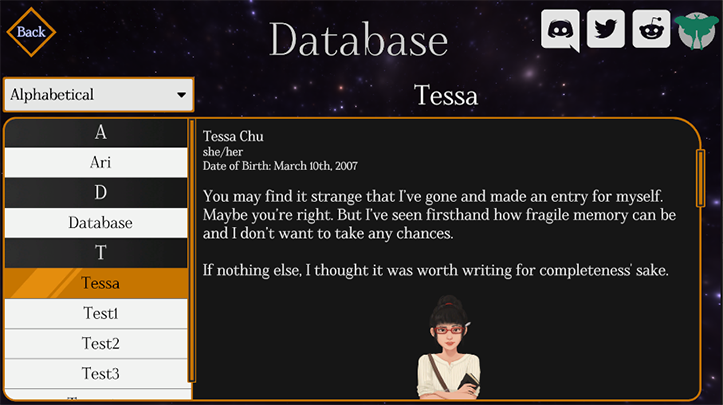 Art: We’re actually a tiny bit behind in the art department, but it’s no cause for alarm; it’s a busy time, and we only just brought on some extra muscle to help with backgrounds. That said, character sprites are still coming in at a fair clip.

All in all, we're still on track for release next year,  which is right where we want to be. While I know that's a long time to wait, I can only work so fast while still working a 9-to-5, managing my other responsibilities, and not burning myself out. I'll try to keep the updates a bit more frequent as development continues.

That's all for now! Stay safe out there!